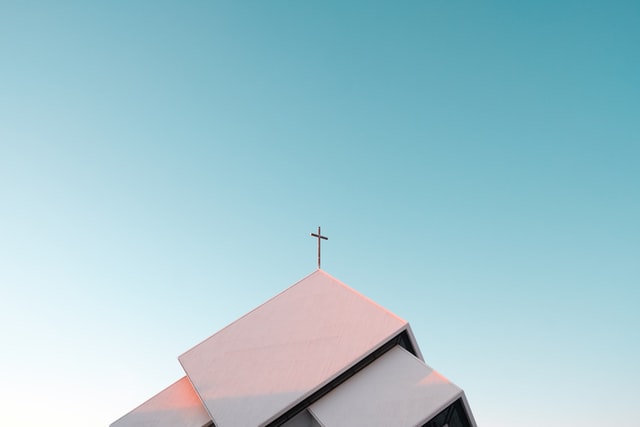 As we explored in last week’s blog, the church in North America, even when the church was consciously not trying to be a denomination, was culturally captive to that mode of existence. The Christian Churches and Churches of Christ have a long history of resisting the denominational impulse, but like other evangelicals in North America, had to set up shop. In the nineteenth and twentieth centuries, “shop” involved organizing for ministry and mission, joining congregations at regional and national levels for more efficient and effective outcomes, creating and sustaining educational ventures. It also meant involvement in various societies formed to stamp out drunkenness, to improve working conditions of the poor, or translate and distribute the Scriptures for those who did not have the Bible in their own language. Much of this was good work. Very good work.

In time, the church would make up the powerful in North American society, so much so, that historians can speak of Protestant hegemony. As the Protestant establishment became stronger, so did their political involvement, and given that America was a “Christian nation,” the expectation was that the government and the Protestant church were on the same team. This was true in Canada to some degree. In response to the sudden fall from prominence, historian Mark Noll wrote a little treatise titled What Happened to Christian Canada? (Regent College Publishing, 2007). Today we see some elements of the North American church trying to crawl its way back into power. It is hard to compress this story in a short space and so if you want to know more, please reach out and I can suggest a couple of books to help.

Still, I’m going to try to give a concise overview. At the end of the nineteenth century, in North America, cities were developing in the east while the frontier was still reaching toward the west. By 1900, urbanization, industrial revolution, and immigration impacted everything. In both the US and Canada, relationships with Indigenous peoples would go from bad to worse. New immigrants would be treated generally no better. Many of the immigrants were from eastern European nations and were Catholic. The influx of Catholic immigrants was so significant that Protestants lived up to their name and protested against their presence and involvement in American life.

Simultaneous to the changes brought on by immigration and corresponding urbanization, a new kind of learning had arrived in the university from Europe. This learning, now historically aware and self-critical in nature, questioned almost everything. Darwin changed the basic way educated people perceived reality. In short, things are the way they are because they have adapted, that is, they evolved. Darwinism was more than just the theory of evolution, it became the theory of everything. For example, in biblical study, attention was given to the history behind the text. The Pentateuch, historically accepted as from the hand of Moses, was now seen a patchwork of sources that came together later in Israel’s history. In other words, the text had evolved over time. Social Darwinism became the way of the culture. Capitalism prospered as tycoons and monopolies vied for the “survival of the fittest” in the free-enterprise marketplace. In this world, life was hard, if not impossible, for the poor who could not adapt to such a harsh, competitive environment.

In this world, evangelical Protestants came of age, and in time some would react to the arrival of the “modern” world, and would seek to manage the rapidly changing landscape by returning to the “fundamentals” of the faith. Christian business man Lyman Stewart provided the funds for publishing The Fundamentals: A Testimony to the Truth from 1910–1915. Over three million volumes were mailed out free of charge. In addition to theology, the articles reacted to the changing times as described above. In time, those who espoused the tenets of The Fundamentals became the Fundamentalists, who now found themselves outside the mainstream of society and culture. By the 1940s, many Fundamentalists had softened somewhat as more of the thought leaders became educated and as the movement found its way back to the mainstream of American society. Eventually, the spiritual descendants of the Fundamentalists would become known more generally as Evangelicals. By 1980, Evangelicals were a powerful voting bloc in the United States, and today, in Canada, Evangelicals are fighting to be taken seriously by the government. The role Evangelicals have played in politics recently is on full display for all to see in both legitimate and illegitimate media.

One theme that history seems to confirm is that when the church seeks power and becomes power, she does not live to her highest calling. In fact, sometimes the church behaves very badly. I think a reason for this is that seeking to be exalted works against the deep theology of the church rooted in Jesus. Jesus allowed the powers to crucify him. A God who would give all for the sake of others contradicts our culture’s most sacred values, most specifically, individual freedom. When the church is either the partner or handmaiden to the powers she gives up her prophetic posture of calling people to the ways of Jesus because such a relationship with the powers is forfeiting one’s relationship with Jesus. The more powerful we become, the more the words of Jesus seem strange to our modern sensibilities:

Blessed are the poor in spirit,
for theirs is the kingdom of heaven.

Blessed are those who mourn,
for they will be comforted.

Blessed are the meek,
for they will inherit the earth.

Blessed are those who hunger and thirst for righteousness,
for they will be filled.

Blessed are the merciful,
for they will be shown mercy.

Blessed are the pure in heart,
for they will see God.

Blessed are the peacemakers,
for they will be called children of God.

Blessed are those who are persecuted because of righteousness,
for theirs is the kingdom of heaven. 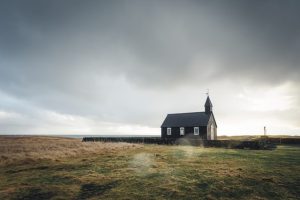 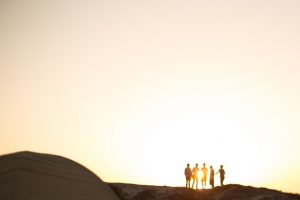